Is it Addiction, Dependence, or Something Else Completely? 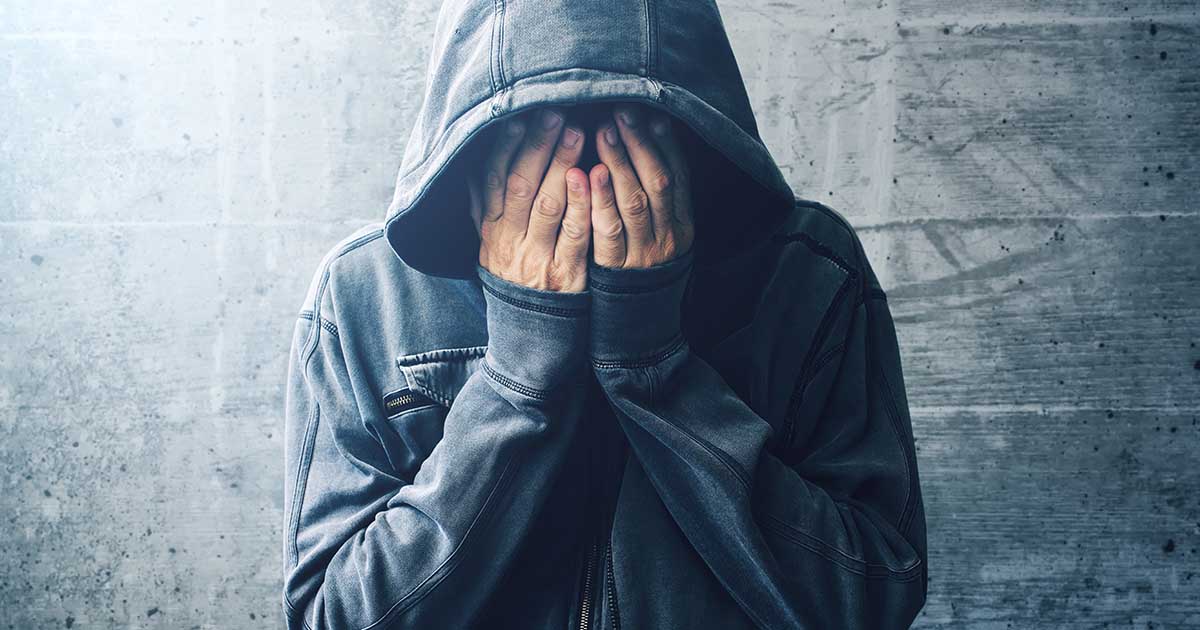 If you are looking for something with the ability to completely disrupt, destroy and dismantle the lives of you or your loved ones, look no further than substances like drugs and alcohol. When drugs become an influence in your life, they have the power to strip away all of your positive attributes and replace your personality with an appalling shadow of your former self. Addiction can occur too. But when it comes to addiction vs. dependence, how can you tell them apart? We'll get to that.

Despite all of its harms, drugs are greatly misunderstood by many. Even people who are currently in real danger from drugs or alcohol have a limited appreciation of their true level of risk.

The risks are pronounced, and the dangers are irreversible, so learning everything you can about drugs, addiction and dependence could be the difference between a happy life and one full of regret and pain. This information has the power to save your life.

Before topics like addiction and dependence can be discussed, we must start with drugs themselves because if you are only counting heroin and cocaine as potential drugs of abuse, you will be missing a huge segment of the problem. Drugs are a varied and numerous group of substances that interact with your brain to produce the desired result.

In addition to heroin and cocaine, potential drugs of abuse include:

Though this group of substances is usually what comes to mind when someone considers drugs, it makes up a small proportion of the overall drug issue. Current users of these drugs combine for a total of only about 4.5 million people in the U.S.

The more significant drugs of abuse include:

Abuse of an illicit drug, like heroin, is easy to identify because any use is abuse. The picture is much more complicated with alcohol and prescription drug abuse, though.

Those pill bottles in your medicine cabinet could present a danger more serious than illegal drugs. With prescription drugs, abuse becomes an issue when you:

Can Substance Abuse Lead to Addiction?

Abusing drugs is a problem. If this behavior is done in moderation though, you can avoid many of the potential harms.

For example, many people have experienced a night where they indulged in too much alcohol. Binge drinking in college, at a wedding, or some other celebration is alcohol abuse and an expected part of life that ends with a few regrettable decisions and feeling sick the next morning.

The problems arise when abuse becomes a regular habit. Before long, abuse begins to transition towards addiction.

There is never a clear line between abuse and addiction. Instead, the movement is gradual as each day, and each use slides you away from the person you once were and towards the addict.

When addiction is in place, your entire life becomes obsessively focused on your drug or drugs of choice. You only think about getting drugs, being high and how miserable sobriety feels.

But addiction not only changes your thinking, but it also changes your behaviors. Now, you only want to get money, find drugs and use drugs while forgoing anything else in your life that previously brought you joy.

When you were born, your biology made certain behaviors naturally rewarding. Having sex, drinking water and eating food all make us feel great because completing these actions releases pleasurable chemicals in the brain.

By creating these pleasant feelings, our brain encourages the behaviors to continue, which gives us the best chance of survival. Eating food and having sex feel good, so you are more likely to do more of it.

Drugs override this system by offering feelings that are much stronger than the natural rewards. Why would you waste your time eating a hamburger when using drugs produces a feeling 100 times more intense?

With time, there is less interest in everything outside of drugs. Drugs become your only joy because they teach your brain that getting high is the most valuable prize in your life.

The Signs of Addiction

The process described above is complex, mostly because you cannot physically see the changes taking place. Rather than seeing the learning take place, you can only notice the differences in your thoughts, feelings and behaviors emerge.

Someone who is addicted to a substance will:

Unfortunately, people experiencing levels of addiction find it impossible to see their situations and behaviors accurately. Rather than acknowledging the damaging impact of their substance use, they will blame everything and everyone else for their problems.

They will not see the full impact of addiction until it causes significant pain.

The Road Towards Physical Dependence

Physical dependence takes place in the brain because after the drug is consumed, it enters the bloodstream and eventually lands in the brain. Once it reaches the brain, the drug can change the functioning and structures of certain areas.

Different drugs act differently in the brain. For example, opioid drugs — heroin and prescription pain medications — cling to specialized parts of the brain called opioid receptors where they trigger a massive release of a brain chemical called dopamine.

A dopamine release feels great as it produces the feelings of calm, relaxation and euphoric pleasure associated with an opioid high. This high feeling is related to many aspects of addiction and dependence.

If you use an opioid once, the brain adjusts to its presence and then readjusts when it is gone. With repeated use, the brain begins to feel overwhelmed by the large amounts of dopamine available and takes steps to counterbalance the levels.

Since the brain values equilibrium, it will:

The Formation of Tolerance

These adaptive steps create equilibrium in the system by increasing the person’s tolerance to the substance. Tolerance is a common situation with many substances like alcohol, cocaine, marijuana and opioids.

When tolerance is in place, the individual will need to consume larger amounts of the drug to produce the wanted results. As the drug use increases, the brain continues adapting and increasing tolerance.

The Formation of Dependence

As tolerance increases, dependence is established because the body and the brain need some level of the drug available to feel normal and function well. Without the substance, a wave of discomfort will take hold of the individual.

With high tolerance levels, the brain will make little dopamine on its own, and it will make excessive amounts of the counterbalancing chemicals. Here, the person is dependent on the substance to create stability and equilibrium in the brain.

At this point, missing a dose of the drug will result in plummeting dopamine levels and unchecked waves of the counterbalancing chemicals. Since these brain chemicals offset the calm, relaxation of dopamine, they produce irritability, high energy, and restlessness.

Once these symptoms emerge, the person will be further compelled to get and use the drug to diminish the withdrawal effects. This plan is effective but shortsighted because it only delays the presentation of withdrawals for a few hours or days.

Alcohol and prescription sedative medications pose the largest risk to someone’s health and safety as they could experience very damaging seizures during the withdrawal process. For this reason, addiction and medical experts believe that someone withdrawing from alcohol and sedatives should always do so under strict medical care.

Just as withdrawal symptoms differ by the drug, the timeframe and intensity of withdrawals differ by the substance and rates of use. Alcohol and opioids can trigger withdrawal effects that last for months or longer. Methamphetamines create intense symptoms that alleviate in a few days.

Although dependence and addiction tend to go together, there are situations where a person can be dependent on a substance without experiencing the signs of addiction. This is most common in cases of prescription medications.

Prescription pain pills, prescription sedatives for anxiety and prescription stimulants for ADHD all have the ability to create physical dependence. Unfortunately, this detail may not be successfully communicated by the prescribing doctor or nurse to the patient.

Perhaps you know someone who is prescribed an anxiety medication like Xanax or Klonopin. Initially, they started at one level, but over time, the doses and the frequency increased as the body adapted to the drug.

This growing tolerance is a telltale sign of dependence. Then, one day, they forgot to take their medication and began to feel odd until they realized their missed dose.

Here is a person following doctor’s orders perfectly, and they still experience dependence. If this person chooses to end their use, their doctor will recommend a tapering process where the dose is gradually lowered.

Having the prescriber decide to abruptly stop the medication could result in withdrawal symptoms. In this scenario, the individual will be tempted to acquire their medication by other methods, which could lead to addiction.

Though addiction and dependence are terms people regularly encounter, they are beginning to fall out of favor among substance abuse professionals. Beginning in 2013, the American Psychiatric Association began moving in the direction of the term substance use disorders rather than addiction or dependence.

A person only needs a few of these symptoms to receive a substance use disorder diagnosis. A diagnosis means treatment becomes accessible and affordable with many insurances covering services.

In the end, it does not matter if you call it an addiction, dependence, or a substance use disorder. The important part is seeing the impact substances have on your life and making the decision to do something about it.

Whether the drug is completely illicit or prescribed by a trusted physician, many medications carry risks that you, as the consumer, must be aware of. Ask questions and get answers to preserve your well-being.

You never have to let drugs control your life. You always have the choice. 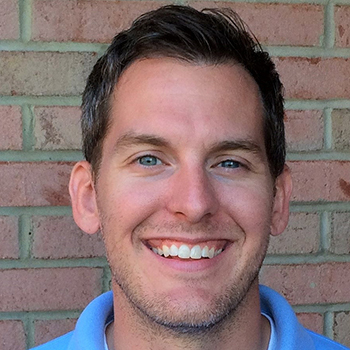